Did you know that Poker is played on an international level? A card game that is being enjoyed in every country with the same enthusiasm. Way back in the 16th century, the Germans mastered a game called ‘Pochen’. It was otherwise known as the bluffing card game. This game was further developed by the French and played by the name of ‘Poque’, which then travelled all the way to New Orleans, where people spent their time playing it on the riverboats.

Around 1830, this game became more refined and it was called as Poker. It was somewhere during the Civil War that the rules involving drawing cards, in order to improve the chances of winning was added. Stud Poker – another variation of Poker also appeared during the same time. This is one such game that has a wide variety of variations which is not only played in the privacy of homes but also in several Poker rooms in a myriad of famous casinos. From matchsticks to pennies and several thousand dollars – Poker can be played several ways.

How Is Poker Played?

We have already established the fact that Poker is played worldwide and in a staggering number of varieties. Players in the game must call the bet (which means match it), raise the bet (i.e. increase the amount of it), or simply fold. The popularity of Poker is most in North America. 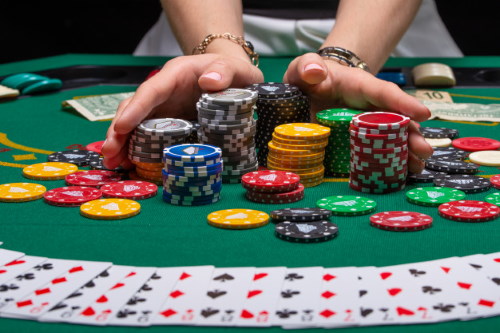 Though countless types of poker variants are described in detail throughout literature, we will be talking about the most crucial features. There are five cards in every poker hand. The value of the player’s hand (the cards he or she is holding) is inversely proportional to its frequency (mathematically speaking). If we translate this into layman’s terms – an unusual combination of cards will hold a higher rank.

Players, who are confident they have the best hand will place a bet and the other players will either concede or call the bet. There are several instances when a player with not so impressive set of cards can win the game by bluffing and players holding superior cards might fold because the lack the power to understand a bluff or pull it off.

Poker – The Basics Of The Game

To play a game of Poker, a standard pack of 52 cards is used. It can have either one joker or two. Though, poker has always been one pack game, currently in clubs and casinos, two pack of 52 cards are utilized in contrasting colors. This is done to enhance the speed of the game. While a pack of cards is dealt, the other one is being prepared by shuffling it and preparing it for the upcoming deal. It is customary in casinos to change cards often and allow players to demand for new cards every time they ask for it.

Regardless of the innumerable forms that poker is played in, any player who has a basic understanding of the principles associated with betting or the value of each hand played in poker will enjoy the game without any difficulty. Keeping aside a few versions of this game, every hand at Poker basically has five cards. There are several combinations of Poker which either rank the highest with five of a kind cards to the lowest where there are no pairs. 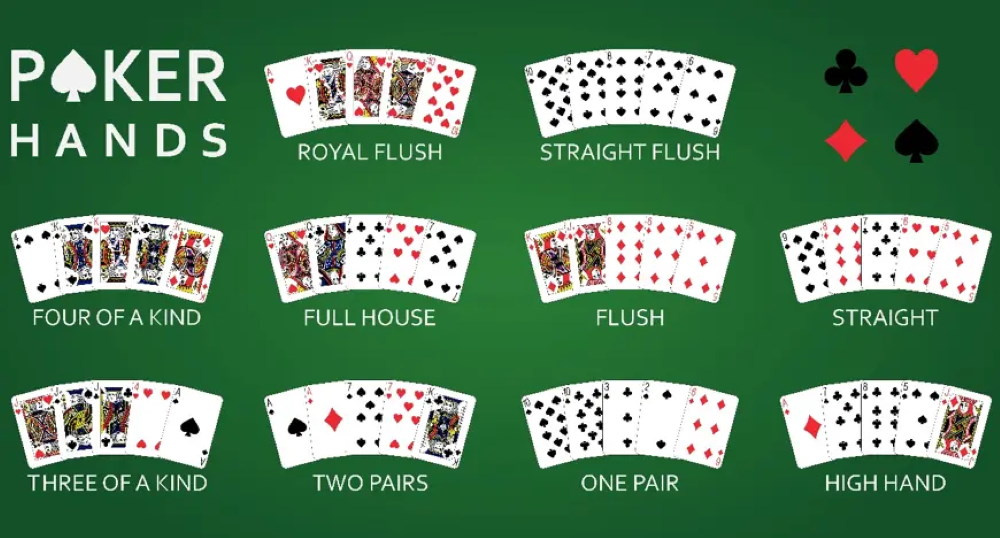 If you don’t have a complete understanding of how the cards are valued or which hand is unbeatable, then take a look.

Five Of A Kind – If there is a wild card, for example four deuces, two one-eyed jacks, or joker only then can the highest possible hand occur. For example, four 10s and one of the wild cards or three wild cards and two queens.

Straight Flush – When the standard pack of cards is used, then Straight Flush is the highest possible hand one can get. There are no wild cards involved here. If a player has five cards all of which are the same in sequence, for example 10, 9, 8,7,6 of hearts. A, K, Q, J, and 10 are the highest-ranking straight flush. This combination of cards is referred as royal straight flush or a royal flush. The odds of having these cards are almost nil or 1 in 650,000.

Four Of A Kind – Right after Straight Flush, this is the hand that holds the highest value. Four 3s or four aces is an example of four of a kind. In this hand, the fifth card won’t matter.

Full House – This colorful hand comprises two cards of one rank and three of another. For example, two 6s and three aces or two 4s and three 8s.

Flush – All the cards will have the same suit but won’t be in sequence. A classic example of this is 5, 8, 10, J, A. The sequence doesn’t matter.

Three of A Kind – As the name suggests, this hand will have the same rank on three cards and different rank on two others. Three jacks, a four, and a seven.

Two Pairs – There will be two pairs each containing two similar ranks and the fifth card will remain unmatched. For example – 7, 7, Q, Q, and 4.

No Pair – It is more common than you might think. A player might end up holding absolutely nothing. In such a scenario, none of the cards pair up. They are not in consecutive rank or the same suit.

Poker is a game where betting is of the highest essence. Every poker deal has more than one interval for betting, where each player is given the opportunity to place a bet on the cards they are holding. This is almost all that you need to know about Poker.